By Fr. Eddie Green
In 2014, Edward, Leah and Simon began praying together in response to a joint sense of vocation. In the months since we have prayed, tested with others and waited on the Holy Spirit. The Sodality of the Holy Spirit was what emerged from this time of discernment and we believe that it is a gift for us and a gift to be shared with others. We have each written a bit about this journey and the charisms to which we are called below. 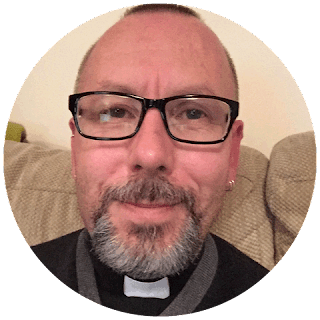 Simon has been Vicar of Mill End and Heronsgate with West Hyde since 2011. Prior to that he has served in Hemel Hempstead and Biggleswade. Born in London but grown in Lancashire is how he describes himself. He came to faith in 'Lancashire Low Church' but over the years has expressed his faith in Evangelical, Charismatic, Alt Worship and Anglo-Catholic expressions of the church's life and worship.

Simon has sensed for a long time that the beating heart of the mission of the church was the Mass and he has felt called to enable Anglo-Catholic churches engage is mission.

Before ordination Simon worked as a youth worker and trained for ordained ministry at Cranmer Hall in Durham. He has contributed to the Alt Worship movement in it's early days and to On Fire Mission and is committed to Charismatic Anglo Catholic Renewal. Latterly he has discerned a call to a rootedness in place and in Christ and has sought an accountability in his Christian life with others. This has led to him exploring Benedictine Spirituality. 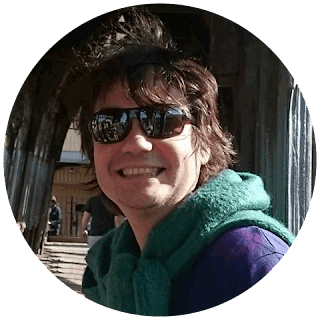 Eddie offered his life to God aged 13 having read the Gospel of Mark in R.E. In his later teens he became part of the New Church movement. Following the death of his mother in his mid twenties he discovered the sacramental - encountering God powerfully in the Maundy Thursday watch. In his mid thirties, he was re-confronted with the charismatic and developed a passion to bring together the supernatural work of God in Sign and Spirit. He is presently Vicar of All Saints Leavesden in North Watford, a Christian family where sacrament, prayer ministry and the presence of God come together.

Eddie believes that accountability is key to growth in ministry, both personally and in the church. That we need others to support us in mission, learning from one another. That God speaks and acts today, through each of us.

Eddie is an Enabler for Sanctum a group that has grown out of the Alternative Worship movement, and has contributed to Greenbelt and On Fire Mission. Eddie is married to Sarah, a full time children and families worker, and they have a daughter. They enjoy Nintendo, Netflix, and Rollercoasters. 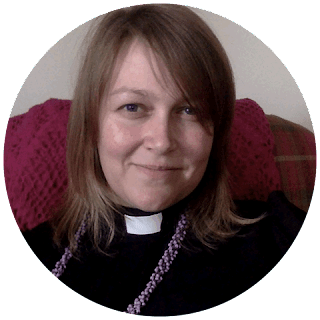 Leah came to faith through a church choir in a middle of the road choral parish whilst at University in Huddersfield and soon after began exploring a sense of vocation to sacramental ministry. Originally from Grimsby she has worked in church ministry in various places across England, but feels called to serve in the north. Leah has broad experiences, serving in a diocesan alt worship team, an evangelical church and dominantly ministering in former mining communities where the Eucharist is at the heart of mission and ministry. As a catholic married to an evangelical, influenced by the charismatic movement, Leah draws on a wide range of resources for prayer and worship, she is sometimes hard to pin down and likes it that way! Leah currently serves as Canon Precentor of Wakefield Cathedral.

Leah is passionate about mission in the catholic tradition, both in treasuring the riches of tradition and in reinterpreting and decoding these riches to enable greater engagement in a post-christian society. She believes this requires an attentiveness to place, people and the working of God through the Holy Spirit.

Leah is married to Mark, a priest and academic, and they have four children between 12 and 5. As a family they love films, music and board games.

Popular posts from this blog

By Fr. Eddie Green
12 of us gathered in Coventry recently for the first Sodality of the Holy Spirit (SHS) Enquirer's Day. We came from nearly all corners of our islands to listen to each other, to listen to God and to begin to discern a vocation to the Sodality. It was a particular delight to see both lay and episcopally ordained represented on the day and to share it with our patron, Rt Rev’d Paul Bayes, the Bishop of Liverpool.  The day began with coffee. We then gathered around a table together for an opening prayer and Mthr Leah and Fr Simon introduced themselves and played out how wemight spend our time together.  Mthr Leah then explained one of the core practises of the Sodality - Winnowing - which is a two fold process of listening: firstly to Scripture using Lectio Divina (the opportunity to prayerfully listen deeply to a passage of scripture whilst being attentive to what God may be saying through it to us in our context); secondly to prayerfully listen to each other using a form o
Read more

By Fr. Eddie Green
The Sodality of the Holy Spirit is an inclusive community of individuals committed to developing the charisms (intentional, missional, expectational) in their own discipleship and ministry. For ordained and lay leaders, men and women. Rooted in the Church of England but open to all creedal Christians. Our first enquirer's day is at Coventry Cathedral on the 26th of November 2016. For part of the day we will be joined by our  Patron , Bishop Paul Bayes. The cost for the day is £12.50 via Eventbrite, this covers basic costs for the cathedral - a collection will be held on the day towards any further costs. Please email us at  contact@sodalityholyspirit.com  or use the contact form if you would like to join us. We will then send a link to the Eventbrite page. Our structure for the day 9:30 AM Arrive & Coffee 10:00 AM Welcome & Introductions 10:15 AM Winnowing 11:20 AM Coffee 11:30 AM Winnowing Reflections 12:00 PM Holy Communion 12:45 PM Bring a packed Lun
Read more

Bishop Paul Bayes to be Patron

By Fr. Eddie Green
We are delighted that Bishop Paul Bayes, the Bishop of Liverpool has agreed to be Patron of the Sodality of the Holy Spirit. Bishop Paul writes: "The church needs resilient, well equipped disciples, alive to the will of God. I warmly endorse the SHS, as a group of people seeking to be a part of what God is doing to renew the Church." We look forward to welcoming Bishop Paul to part of our Enquirers Day on 26th November 2016
Read more

The Sodality of the Holy Spirit

An inclusive community of individuals committed to developing the charisms (intentional, missional, expectational) in their own discipleship and ministry.
For ordained and lay leaders, men and women. Rooted in the Church of England but open to all creedal Christians.
"The church needs resilient, well equipped disciples, alive to the will of God. I warmly endorse the SHS, as a group of people seeking to be a part of what God is doing to renew the Church."
Bishop Paul Bayes - Patron